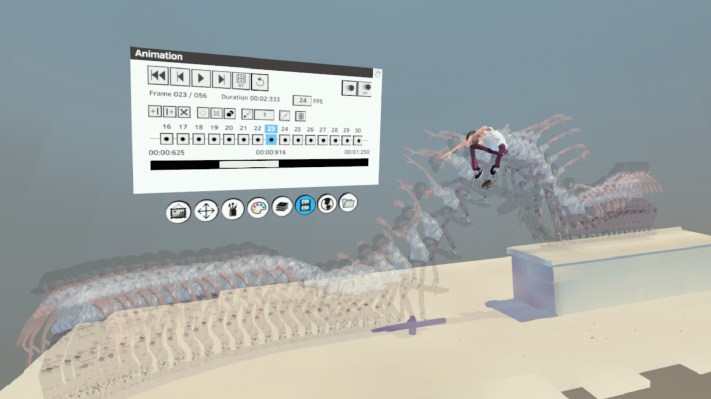 After stating last year that the app would not receive any future updates, Facebook is offering a big update to its VR painting tool Penne.

The update expands Quill’s original promise, moving it from a static scene design platform to one capable of handling dynamic animated scenes. The new updates add the ability for artists to create and edit frame-by-frame animations in virtual reality, as well as the ability to copy and rest models in a way that allows Quill’s beautiful creations to perform. come alive.

Quill has a very unique visual style that doesn’t quite suit every use case, but there’s something really enchanting about the way the product now takes an old-fashioned animation style and blends it together. to wispy 3D models.

The product was built in-house at Oculus Story Studios simply because they really needed something like this and it didn’t exist yet. When Story Studio closed last year, the fate of the app was called into question, with Oculus specifically stating that the app would no longer receive updates.

â€œThese tools open the door to a whole new kind of storytelling, with VR characters moving and performing in more vivid scenes and environments than ever before,â€ a Facebook blog post read. â€œInspired by the early hand-drawn animations of the 1920s, but powered by modern technology and native VR workflows, Penne animation brings a new level of freedom to artists in this booming medium.

In addition to today’s update, Facebook explained that they are looking to upgrade the functionality of the app in the future as they look to explore how to deliver the animations in front of more people in virtual reality through experiences such as its VR Social Spaces application.