CTO has added new titles to its library and recently acquired 100 new animated films for children. It includes the likes of Easter sing, Fun on the farm, League of Penguins, Pixy Dragons, Sea monsters, Guardians of space, Mr. Billi a.k.a Guardians of the Highlands, Heroes of Tyon and Taekwon and much more.

Heroes of Tyon and Taekwon is another such animated film that portrays the power of Taekwondo through four children who beat the monster and save the world. The four children represent the four powers of nature: wind (Dragon), fire (Phoenix), water (Turtle) and earth (Tiger). In this film, children can understand the basic philosophy and techniques of Taekwondo and enjoy the adventurous story at the same time. 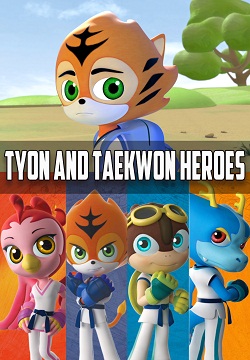 One Take Media Founder and CEO Anil Khera said, â€œEach of the films are handpicked by One Take Media Co. and they cover all genres of entertainment, education, entertainment, mystery, d adventure and comedy. Not only children but also adults will enjoy the bright and beautiful characters, melodious songs and entertaining story of each of our movies.

OTMC is a global content production and distribution company based in Mumbai, India. It is one of the leaders in providing value added services (VAS) to the DTH, telecommunications and cable industries. Services include Hollywood movies, Hollywood movies dubbed in Hindi and regional languages, children’s movies and animated series, celebrity-based cooking show, and Korean and K Pop content. OTMC is also successfully delivering content to various OTT players in India and overseas.